The oratory of the Calvary of Pollença

Today we move to the beautiful town of Pollença, where we will show you some of its most interesting features. Mallorca is full of treasures to discover. Many of them have already been tackled with through this blog, such as the Caves of Drach, the Bellver Castle, the Paseo Marítimo, as well as different plans to do in the city center, a compulsory agenda when traveling to Mallorca. This week we will start with a place full of beauty and serenity that for centuries has been the goal of a special tradition of Easter. 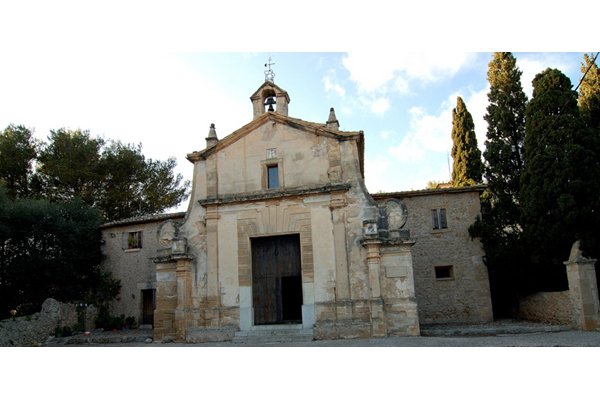 This mountain originally belonged to the Templars. It is a military order, with that fascinating combination of monks and warriors.

They were the first owners of this mountain, which nowadays houses one of the most impressive traditions of Mallorcan Holy Week. From Mount Calvario we have unbeatable views of Pollença, but it is also one of the most emblematic places on the island, thanks to the impressive staircase that takes us up to the corridor along 365 steps. One in honor of each day of the year. 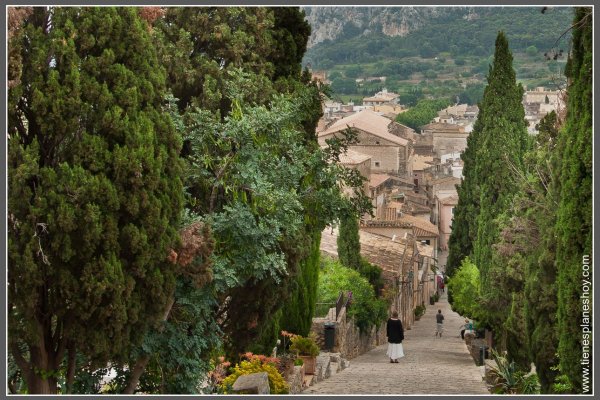 This stairway, a jewel of Pollença, is flanked by both cypresses and 14 crosses of three meters high, which represent precisely the ordeal that, according to Christian tradition, suffered Jesus Christ on his way to Mount Golgotha before being crucified.

A visit to the oratory

The oratory that today crowns the Calvary was built at the end of the 18th century, however, the aspect it presents today is due to a restoration to which it was subjected in the seventies.

Inside the oratory we find an authentic jewel: a sculptural group that represents Jesus Christ, with the Virgin Mary at his feet, and which dates from the fourteenth century. According to the legend, this piece was found by fishermen near the Cala de Sant Vicenç, also belonging to the municipality of Pollença. 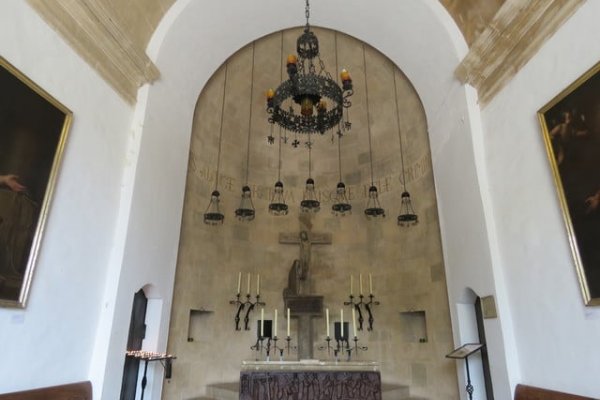 The Templars in Pollença

The Templars established themselves in this zone as true feudal lords, with a great autonomy with respect to the diocesan authority or the monarchs themselves. They had their own temple in Pollença, the Parish of the Virgen de los Ángeles. And, usually for this order, they also managed to administer justice in places like Calvario, where they placed gallows that could be seen from all over the municipality. In fact, the first name given to this name was the Puig de les Forques, that is, the mount of the gallows. 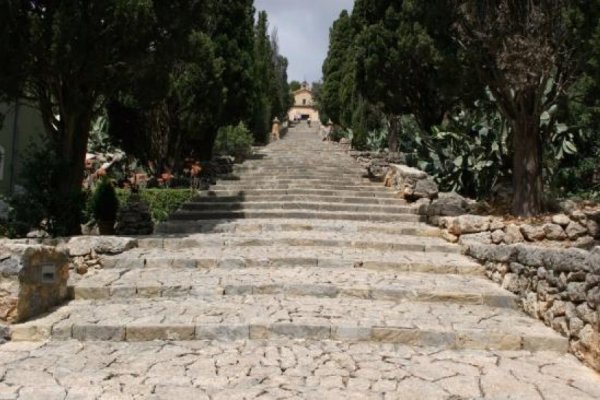 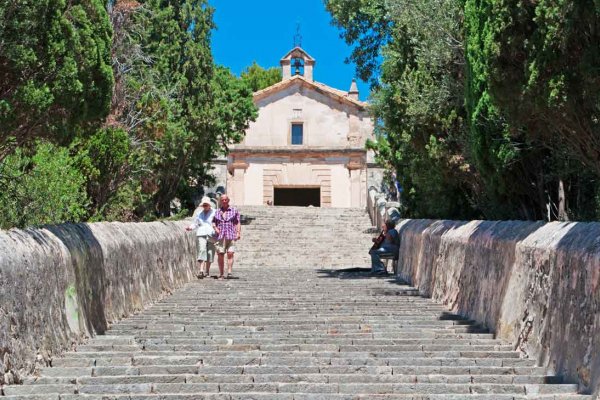 At the same time that the Templars increased their local power, Pollença was growing in parallel, forming a village. Until the end of the thirteenth century and was one of the most important locations on the island. However, with the growth of the town also increased the confrontation of the people with the Templars, whom they accused of exceeding the powers that King James I had granted them.

However, the end of this Order came from far away. In 1312, with the arrest and subsequent execution in Paris of Jacques de Molay, the Grand Master of the Order, all his properties were taken over by the Order of the Hospitallers, later known as the Order of Malta. 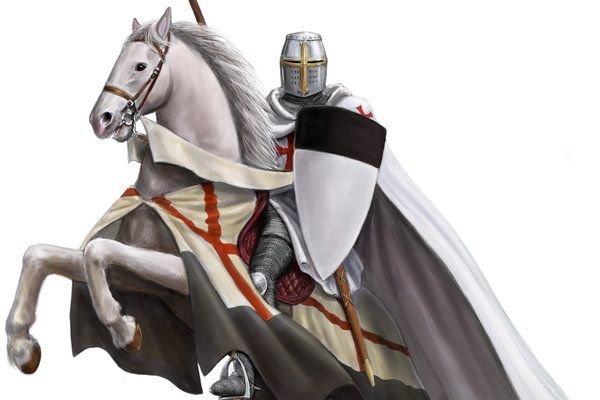 It is fascinating to visit a place where history, such an intense story to be told, vibrates from every corner. And you have it at your fingertips, during your holidays on the island, with many ways to go from your hotel in Mallorca.