The Monastery of Lluc

In Mallorca there are many exceptional places. Today we show you the Monastery of Lluc, a place where you can meditate, be charged with positive energy and seek your own introspection. 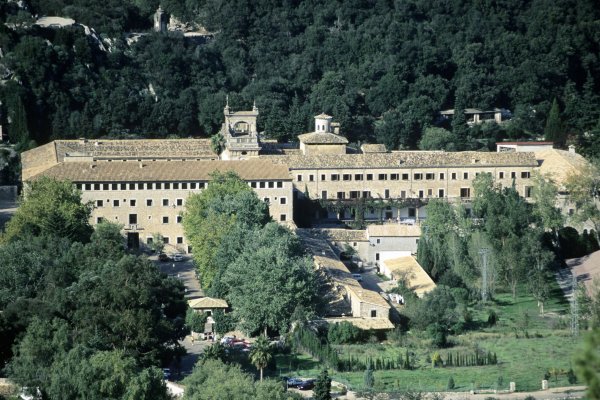 The first sanctuary dedicated to Mary, in the Balearics

It is located in the municipality of Escorca, in the heart of the Serra de Tramuntana, and is considered the most venerated Marian shrine (dedicated to the Virgin Mary). The whole has been declared a historical-artistic monument. For many, it is a spiritual center, for others, a symbol of Mallorcan identity.

The sanctuary of Lluc is patrimony of the Diocese of Majorca and is run by Missionaries of the Sacred Hearts since 1891. It was founded around the 13th century, when according to the legend it was found in the area, in a casual way and among the rocks , an image of the Virgin, that from that moment received the name of Virgin of Lluc or “Mare de Déu de Lluc”. 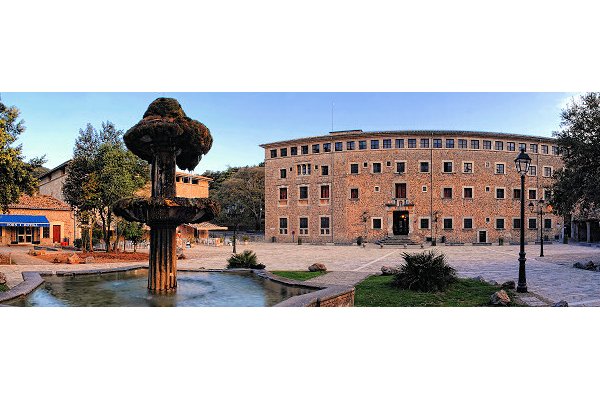 Strolling through the Lluc Monastery

The sanctuary is accessed by walking or by public or private transport. The point of arrival is the Plaza dels Pelegrins, from which the town hall of Escorca is located on the left, and the façade of the sanctuary is in the background. 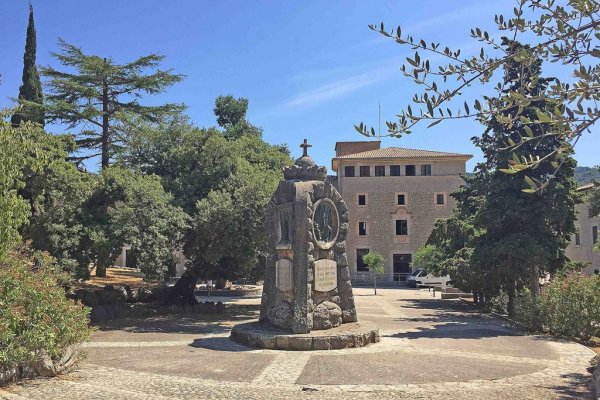 The whole of the Sanctuary of Santa María de Lluc is made up of several buildings. It emphasizes the church, of the XVIIth century, with reforms in the XXth, according to indications of the Catalan architect Antoni Gaudí. It houses, among many other works of art, the “hospedería”, which has 81 rooms and 39 apartments with kitchen, a museum that houses a varied patrimonial fund, the historical archive, which has one of the most important documentary collections in Mallorca, (with Priory books and musical scores from different eras, among others), and many other points to visit such as: 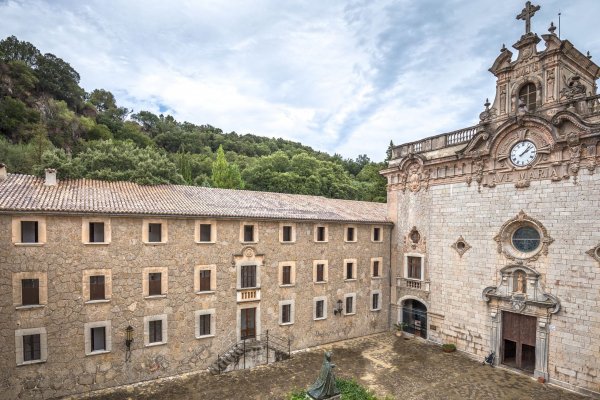 Lluc is the point of departure and arrival of many high and low difficulty excursions, both of hiking and cycling. This is the center of reference of the Serra de Tramuntana, being located in the heart of nature, and when accessing it, the landscape is shocking, surrounded by holm oaks and dry stone terraces.

From Palladium, your hotel in Palma, we can advise you so that you can easily reach the Sanctuary of Santa María de Lluc. An interesting destination if you have come to do tourism in Mallorca. 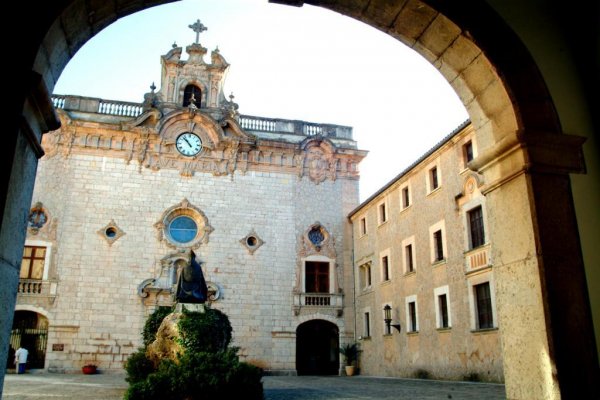