We continue in Pollença. And after having visited the Oratory of Calvary, we continue with a visit to the special places that were part of the domains of the mythical Order of the Knights of the Temple. 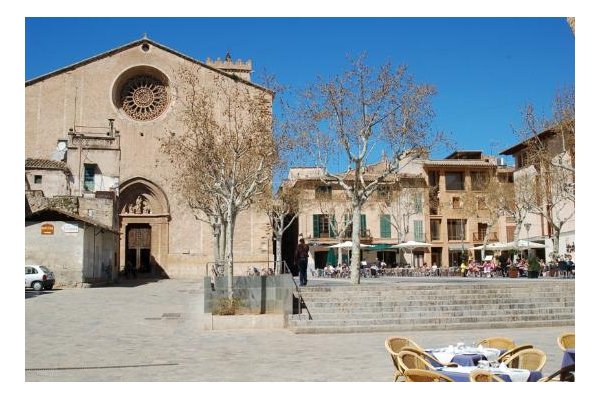 The Church of Our Lady of the Angels

Delivered to the Templars after its foundation in the 13th century, this church marked the point from which Pollença began to grow into one of the main villas of Mallorca.

This church was erected in 1236, but only four years later it was handed over to the Knights Templar, aboutwhom we spoke briefly in a previous article. King James I of Aragon granted them a large territory in the north of Mallorca, in recognition of the help he received from them during the Conquest of Mallorca back in 1229.

It was precisely around this church that Pollença was growing until it could be considered a village, concentrating the population around it little by little. During the Islamic era the population of the area lived scattered, so, at the end of the 13th century it became one of the main localities of the island. 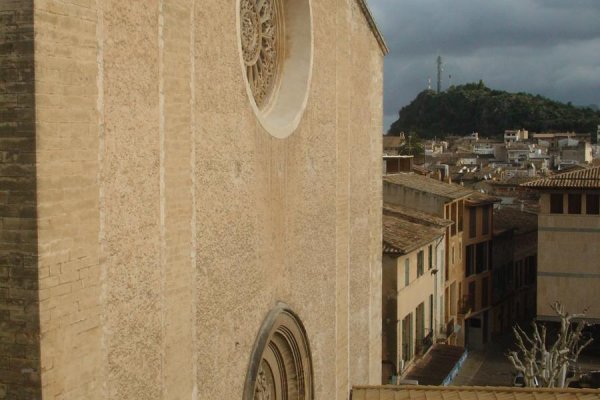 As we usually see in such ancient constructions, this church of Mare de Déu dels Ángels has undergone important changes in its structure over the years. Until the eighteenth century it was a building of small dimensions, with the entrance facing Calvary, that is, on the opposite side to the current. In addition, from its original aspect only the first sections of the bell tower are preserved, which began to be built in 1470, although it did not reach its current height until 1921. 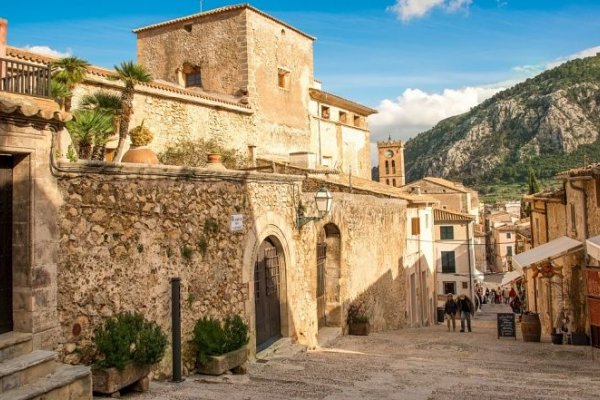 The building we see today was built between 1714 and 1790. It is a basilica church with a series of side and vaulted chapels. On the main altar we can see its most outstanding piece, a baroque altarpiece dedicated to the Mare de Déu dels Àngels made between 1752 and 1764 by the famous Mallorcan sculptor Pere Joan Obrador. 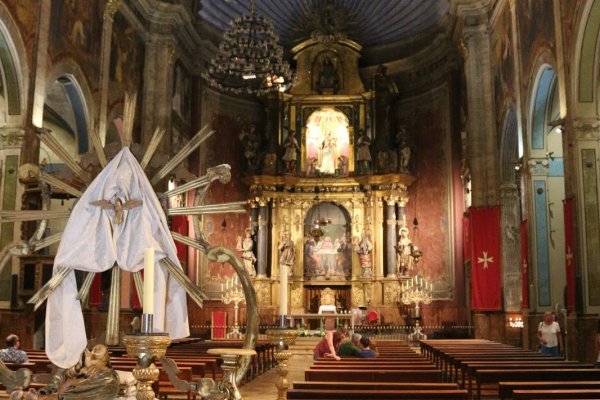 On the side walls we see fourteen large paintings representing the Way of the Cross. Eight of these paintings were made by the Argentine Atilio Boveri, one of the painters who settled in Pollença at the beginning of the 20th century, attracted by its tranquility, beauty and light. In the Pollença Museum we can see part of his work.

During your holidays, in order to take the most out of your stay at your favorite hotel in Mallorca, you have plenty of options with which to immerse yourself in the fascinating history of this boundless island.

Bellver Castle is a Gothic-style fortification, built in the 14th century, located 3 kms from Palma on a hill with views over the city of Palma. In f...