Bellver Castle – you can’t lose it!

Back in the field of castles and tradition, we must tell you that you cannot leave Palma without getting close to the Bellver castle.

As a curiosity, it is the only circular castle in Spain and one of the few in Europe. In addition to visiting its patio and its rooms, you will discover curiosities about the Balearic capital, since it houses the History Museum of the city of Palma. Oh, and, of course, there are the views: completely breathtaking!

Its construction begins in 1300 by order of Jaime II, king of Mallorca. The works of the mole lasted nine years and those of ornamentation were finished later. Worked in the work 70 fixed workers, a large number of women and the slaves of the king. 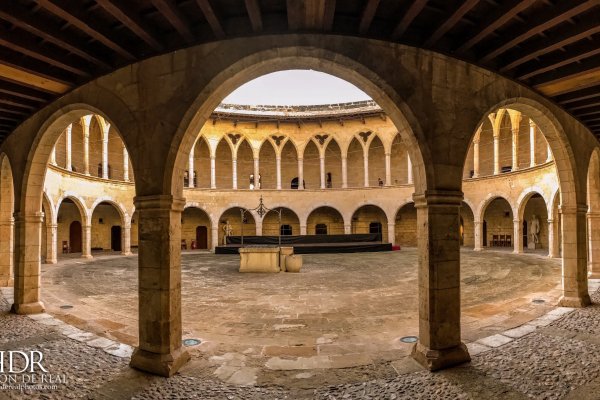 The castle was conceived as a royal residence. The three kings of Mallorca lived for short periods of time: Jaime II, Sancho I and Jaime III. At the end of the s. XIV was inhabited by Juan I of Aragón and Violante de Bar, with his court; they lived for a while fleeing the plague that was ravaging Barcelona. 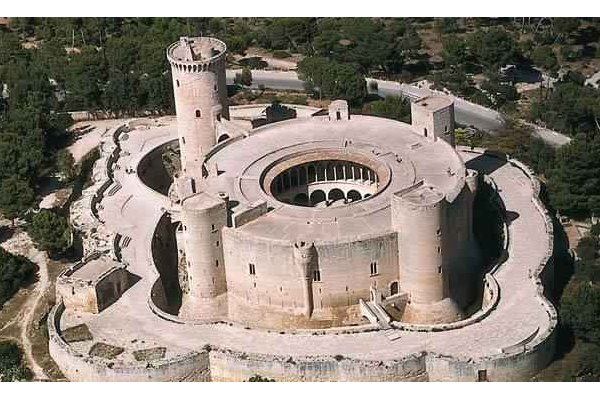 In 1717 it becomes a military prison. Between 1802 and 1808 he was imprisoned in one of the first floor rooms Gaspar Melchor de Jovellanos, Minister of Finance and Grace and Justice under the reign of Carlos IV. The castle was also the prison of numerous soldiers and French officers defeated at the Battle of Bailén. In 1817 General Lacy was executed, leader of a failed liberal revolution. In 1821 the castle was temporarily converted into a coin factory. The last period as a prison was during the Spanish Civil War (1936-1938), when more than 800 Republicans were imprisoned in Bellver.

The main tower is the most emblematic and unique construction of Bellver Castle. It is a building of circular plant and 33 meters high, located exactly in the northern part. Inside, it is distributed in four circular chambers of 6 meters in diameter, which are connected to each other by a spiral staircase that ends in an upper terrace. It also has a cistern that originally collected the water to survive in case of prolonged siege. The tower, by the mere fact of being better protected and isolated from the rest of the fortress, was the last redoubt of resistance in the event of a siege. 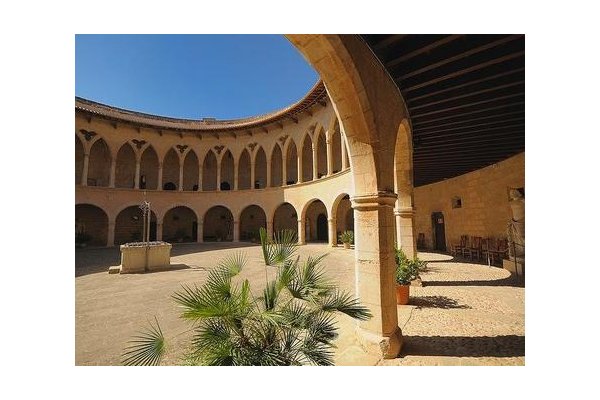 The tower is accessed from the upper terrace of the castle through a bridge supported by a double pointed arch. Originally, it is possible that it was accessed through a drawbridge. Formerly, there was also a drawbridge at the base of the tower that, crossing the moat, went directly to the outside without the danger that having to go through the rest of the building in case of siege.

Traditionally, in this type of towers the ceremony of tribute was celebrated, for which the Castilian, as the maximum person in charge of the fortress, made an oath of fidelity and obedience to his king or lord and of defense of the castle.

Until September, the Bellver Castle can be visited from Tuesday to Saturday, from 10.00 am to 19.00 pm, on Sunday you can visit it from 10.00 am to 15.00 pm. Take into consideration that on Monday the castle is closed.